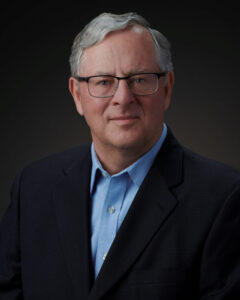 John L. Daly is a speaker, educator and actor who has averaged over 100 educational presentations a year for the last 25 years. Mr. Daly is the author of a business book, “Pricing for Profitability” published by John Wiley and Sons, a novel, “Tool and Die” and eight plays produced at The Players in Detroit.

How a 1755 Map Gave Michigan Isle Royale and Started the Toledo War
In 1755, John Mitchell, created what would become the most often used North American map for five decades.  Negotiators used the Mitchell Map to set the boundaries between the United States and Canada and define the Great Lakes States in the Northwest Ordinance.  John L. Daly tells the stories of how the Mitchell Map influenced Michigan’s boundaries and the entire Great Lakes region. 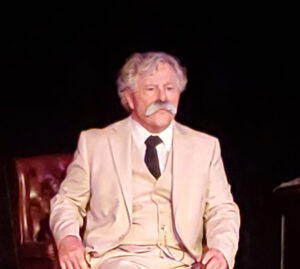 Mark Twain’s American West
John L. Daly, as Mark Twain, will regale you with amusing tales of the Mississippi River, Virginia City’s silver boom and San Francisco in the 1860’s from “Twain’s books Life on the Mississippi and Roughing it.